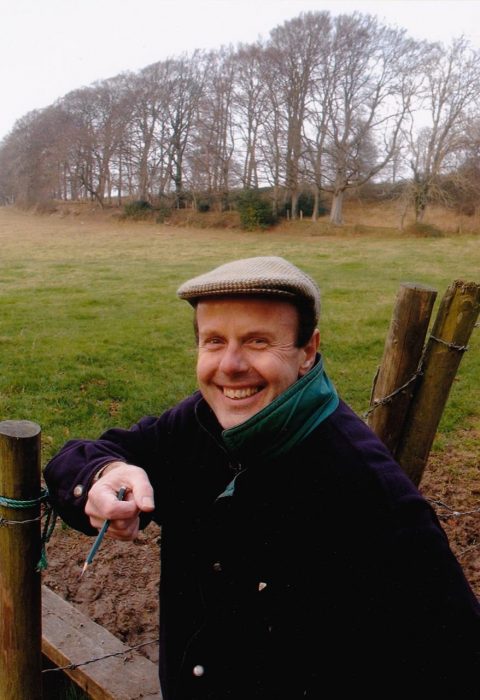 Howard Phipps was born in Colwyn Bay, North Wales in 1954. He studied Painting and Printmaking at the Gloucestershire College of Art in Cheltenham 1971 – 75. Following a Post graduate year in Brighton he taught in Plymouth until 1980, before moving to live near Salisbury where he is still based. He was elected an RWA academician [ Royal West of England Academy ] in 1979, and a member of the Society of Wood Engravers in 1985.

Howard has a special interest in wood engraving, a method of relief printmaking where the polished surface of a block of end grain Boxwood is engraved with traditional tools with names such as scorper and spitsticker. On completion the surface of the block is inked using a roller and an impression taken on paper using an Albion hand press [dated 1862].

Much of Howards art is rooted in the downs of Wiltshire and Dorset, with their deep coombes and Beech clumps. He works from drawings and watercolours made on location, using light to reveal the underlying sculptural form of the landscape. Ancient trackways and striking hill forms draw his eye – timeless places on which earlier generations have left their mark. His subsequent wood engravings are profoundly imbued with a sense of place.

The artist has had numerous one man exhibitions including three at The Dorset County Museum, the Victoria Art Gallery in Bath [2], Cassian de Vere Cole Fine Art in London [3], and St Barbe Museum in Lymington [3]. Howard has been included in significant surveys of wood engraving at Exeter Museum in 1997 & 2014, Manchester Metropolitan University, and The Watts Gallery, near Guildford. He has exhibited at Messums Wiltshire in successive years since 2017. Howard has frequently had wood engravings selected for Royal Academy Summer Exhibitions since 1985, and was also awarded the Contemporary Print Prize there that year. Other awards have included two Arts Council Purchase prizes, The landscape Print prize, twice, and an SWE prize also at the National Print Exhibition in London, The Rachel Reckitt prize and The Bewick prize at SWE exhibitions.

Howard has  illustrated or had work reproduced in over 30 books for such publishers  as Bloomsbury, Century, The Folio Society, The Fleece Press, Perdix Press, and Little Toller books. His closest collaboration though has been with The Whittington Press, fine press printers who worked with the artist on two largely visual books: ‘Interiors’ [1985] and ‘Further Interiors’ [1992];  in 2007  they published ’Ebble Valley’ with over thirty engravings and linocuts, with the text also by the artist.

Phipps, H. 1988. A painter’s approach to Wood engraving. Matrix 8: A Review for Printers and Bibliophiles.

Exhibition Catalogue. 2016. Arborealists The Art of the Tree. Sampson & Co